While the technology in our vehicles continues to evolve, so do sophisticated auto thieves who are using technology to bypass security systems and electronically gain access to Canadians’ vehicles. Insurance Bureau of Canada (IBC) is finding that technology is having a major impact on vehicle thefts, evident in its annual list, released today, of Canada’s most frequently stolen vehicles. 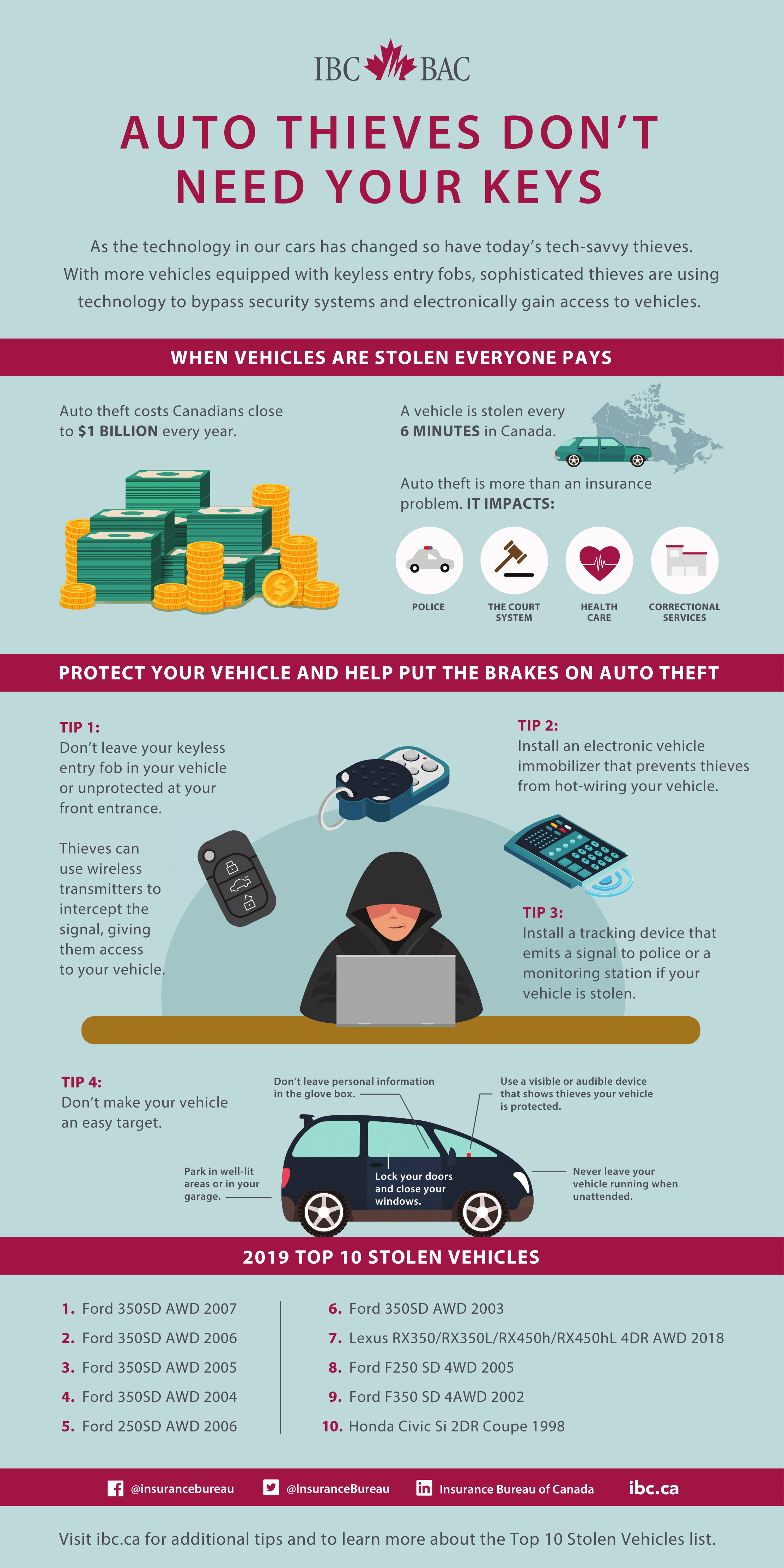 While some vehicles are stolen to commit another crime or to be used to go for a “joyride”, many others are stolen by organized crime groups to be sold to unsuspecting consumers in Canada, shipped abroad or stripped down for parts.

IBC’s Top 10 Stolen Vehicles list is compiled using data from IBC’s member companies across the country. This year’s list includes nine vehicles that don’t have ignition immobilizers, which are devices that can prevent thieves from hot-wiring a vehicle. The lack of an ignition immobilizer is the number one reason this series of Ford trucks continues to take up the majority of spots on the list.

Even with today’s tech-savvy thieves, there are a number of steps Canadians can take to help protect themselves from becoming a victim of auto theft.