Home » Community » Canadian Tire Corporation, in Support of Jumpstart, Commits $50 Million Over Five Years to Get More Canadian Kids with Disabilities into Sport and Play
Community

We were thrilled to hear about Canadian Tire’s additional support for Jumpstart – “Play Finds a Way”.  The Jumpstart program now helps kids or all abilities participate in sports! Read the press release below for details.

Jumpstart’s ‘Play Finds a Way’ Movement includes funding for accessible playgrounds, infrastructure and programming to provide access to play and sport for children with disabilities. This includes funding to build world-class, fully accessible “destination” playgrounds in every province and territory. Funding will also be committed to retrofitting existing community centres, parks and arenas in communities from coast-to-coast to help remove physical barriers that prevent children with disabilities from participating in sport. 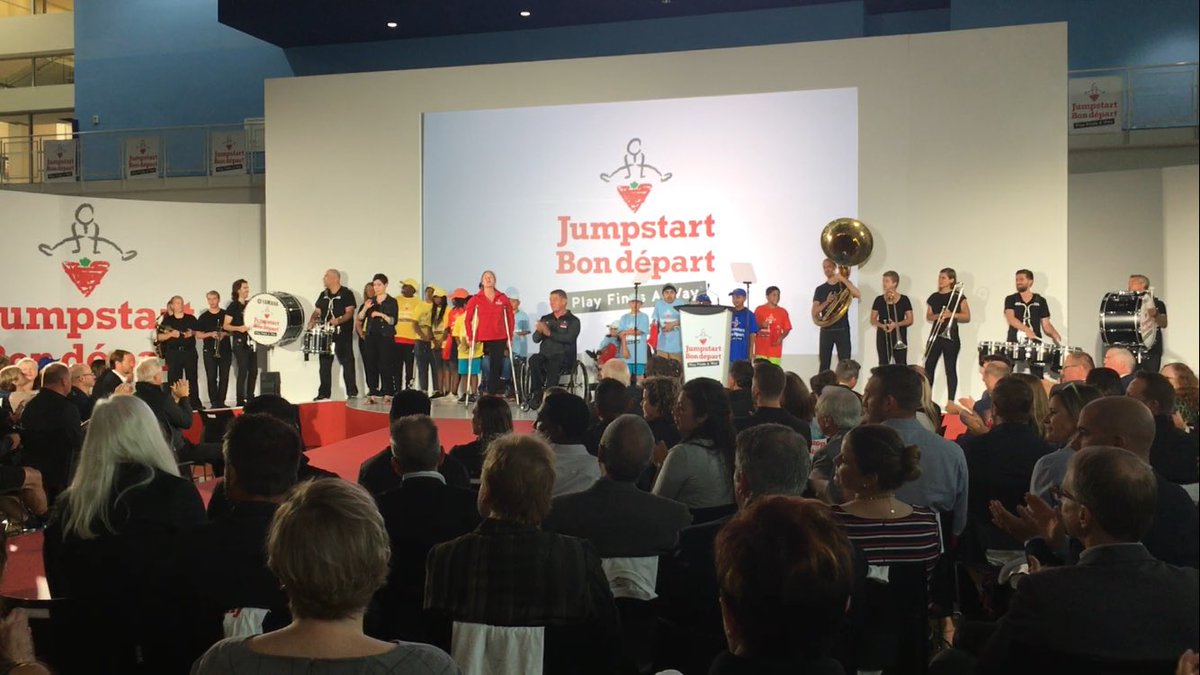 Canadian Tire Jumpstart Charities also announced its first major program as part of this new initiative which involves a significant expansion of the Parasport Jumpstart Fund in partnership with the Canadian Paralympic Committee (CPC). The Parasport Jumpstart Fund will receive $5 million over the next five years to provide kids with physical disabilities an opportunity to participate in adapted and integrated sports and recreation programs, by assisting with the costs of program registration, equipment and transportation.

At an accessible Jumpstart Games held at the Pan Am Centre in Scarborough, CTC President and CEO, Stephen Wetmore, and Canadian Tire Jumpstart Charities Chairman Emeritus, Martha Billes were joined by an overwhelming roster of supporters including:

“Canadian Tire has been part of the fabric of Canada for 95 years and our involvement in sport and community goes back decades. ‘Play Finds a Way’ is our renewed commitment to getting every kid in the game and a promise to help shape our nation’s future through inclusiveness,” said Stephen Wetmore, President and CEO, Canadian Tire Corporation. “With this significant contribution to Jumpstart, we are strengthening our efforts to remove even more barriers and making play more accessible for all kids in communities across Canada.”

“For over 10 years we have broken down financial barriers that have prevented kids from participating in sport and recreation,” said Martha Billes, Chairman Emeritus, Canadian Tire Jumpstart Charities. “With this commitment, we can break down even more barriers by expanding our mandate to meet the needs of kids with disabilities. We’re proud to bring this project to life and we thank our many partners who have helped make this initiative possible.”

“Jumpstart’s expanded mandate will get Canada even closer to making all the places we play accessible for people with disabilities,” said Rick Hansen, Founder and CEO, Rick Hansen Foundation. “Ensuring universal access is a priority for all Canadians and with the support of Canadian Tire Corporation, we can work together to create an inclusive country where kids with disabilities have the opportunity to live and play to their full potential.”

“Jumpstart’s commitment to accessibility is an exemplary initiative and a game-changer in eliminating barriers for kids with disabilities from participating in sport,” said Kent Hehr, Minister of Sport and Persons with Disabilities. “Sport and physical activity help maintain the health of Canadians, strengthen our communities, and contribute to our overall quality of life.”

Canadian Tire Corporation, Limited, (TSX:CTC.A) (TSX:CTC) or “CTC,” is a family of businesses that includes a retail segment, a financial services division and CT REIT. Our retail business is led by Canadian Tire, which was founded in 1922 and provides Canadians with products for life in Canada across its Living, Playing, Fixing, Automotive and Seasonal categories. PartSource and Gas+ are key parts of the Canadian Tire network. The retail segment also includes Mark’s, a leading source for casual and industrial wear, and FGL Sports (Sport Chek, Hockey Experts, Sports Experts, National Sports, Intersport, Pro Hockey Life and Atmosphere), which offers the best active wear brands. The approximately 1,700 retail and gasoline outlets are supported and strengthened by our Financial Services division and the tens of thousands of people employed across the country by the Company and its local dealers, franchisees and petroleum retailers. For more information, visit Corp.CanadianTire.ca.

Canadian Tire Jumpstart Charities is a national charity dedicated to providing kids from low-income families with the opportunity to experience the benefits of organized sports and physical activities. With an extensive, national network of more than 280 local chapters, Jumpstart helps kids in communities across Canada by assisting with the costs associated with registration, equipment and/or transportation. Supported by the Government of Canada through Sport Canada and the Canadian Tire Family of Companies, which includes Canadian Tire, PartSource, Gas+, Sport Chek, Atmosphere, National Sports, Sports Experts, Mark’s and Canadian Tire Financial Services, Jumpstart has enabled more than 1.4 million Canadian kids and counting to get in the game since 2005.