Less than half of Torontonians are ready for an emergency, according to a Toronto Hydro survey conducted for Emergency Preparedness Week.

The results of the survey show that almost 60% of residents don’t have an emergency preparedness kit, and of those people, 35% said they didn’t know they needed one.

To help their customers stay comfortable during an emergency — such as a power outage — they’ve put together three emergency “hacks” using items found around the home:

Toronto Hydro want all residents to be ready for an emergency and encourage them to visit torontohydro.com/beprepared for a full list of what’s needed if the power goes out.

Emergency Preparedness Hack: Open a can of food without a can opener 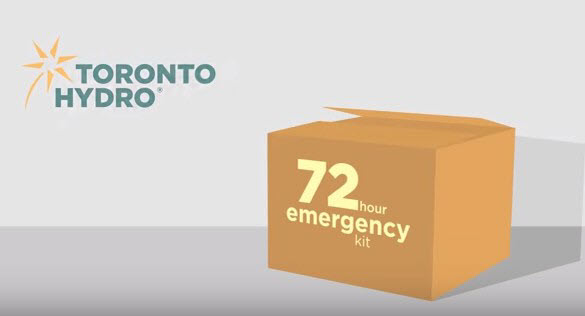 Are you prepared? We want to know!