What an incredible night in Edmonton Saturday night! The Canadian Women’s Basketball team scores 82-63 to win over China in game one of three games this weekend.

Canada Basketball and Team Canada have welcomed Team China to Edmonton, Alberta for a set of three matches from July 9 to 11 for the 2nd annual Edmonton Grads International Classic (EGIC). The three-game series will see the Senior Women’s National Team (SWNT) – ranked 9th in the world – square-off against the 8th-ranked Chinese squad.

If you live in Edmonton, and you want to see the Canadian Olympic bound team play some amazing basketball you can still get tickets. Please click here to get yours.

In 2015, Team Canada won the 2015 FIBA Americas Women’s Championship in Edmonton, Alberta and qualified for the 2016 Rio Olympics. The Women’s National Team went undefeated in the tournament and beat Cuba in the final to qualify for their second-straight Olympics. Prior to the Olympic qualifying tournament, the Women’s National Team went 5-0 at the Pan Am Games to earn their first-ever gold at the competition.

We were in the parking lot and we noticed the first fan of the day. There were fans for both Team Canada and Team China. This little boy was an obvious Team China fan. Check out his t-shirt. Custom made and written in both English and Chinese.

Here is a picture of our ticket. What a great match and only $15 for adults.

As we walked into Saville Community Sports Centre, we were welcomed with signage from Tangerine Bahttps://shesconnectedblog.com/brightwayforward-city-wide-tour-with-tangerine-and-steve-nash/nk!

Here is a pic as we entered the main foyer. Lots of excitement and fans of all ages were in attendance.

Here is a picture from the Canada Basketball crew.

We love this sign. Canada Basketball has the best tag line. We Are Team Canada. #WeAreTeamCanada

Here we are in the Tangerine Bank #VIP lounge. We were loving these cute mini basketballs.

Thanks to Tangerine Bank, fans were able to make signs to cheer on their favourite team. They were so very creative don’t you think? 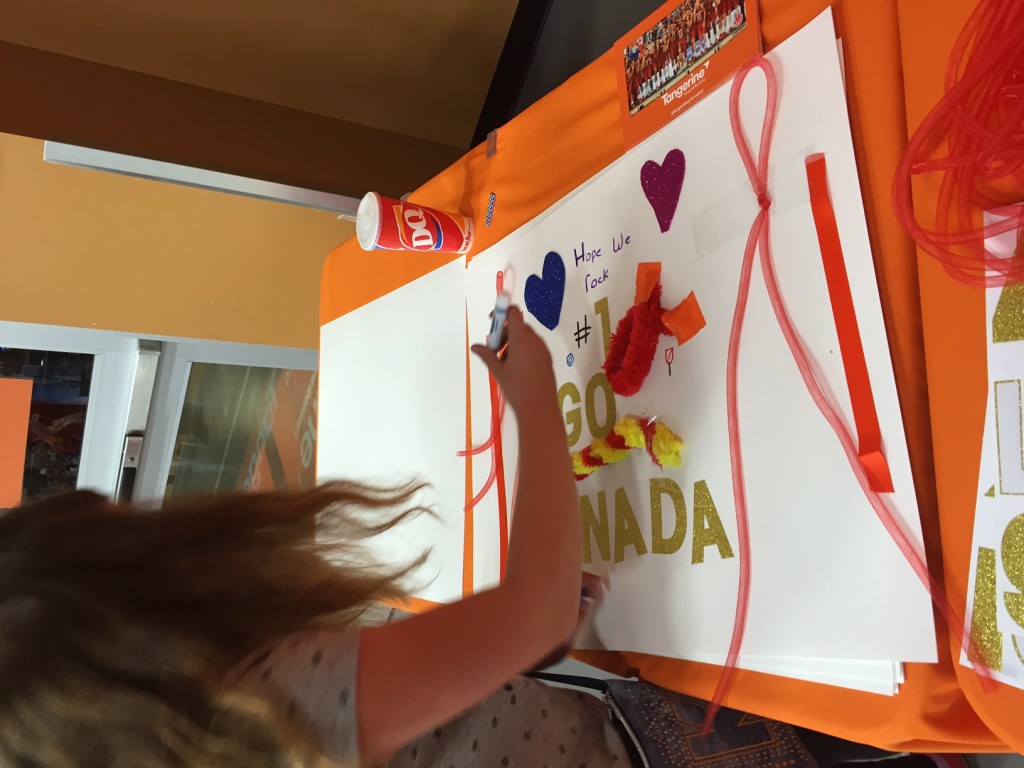 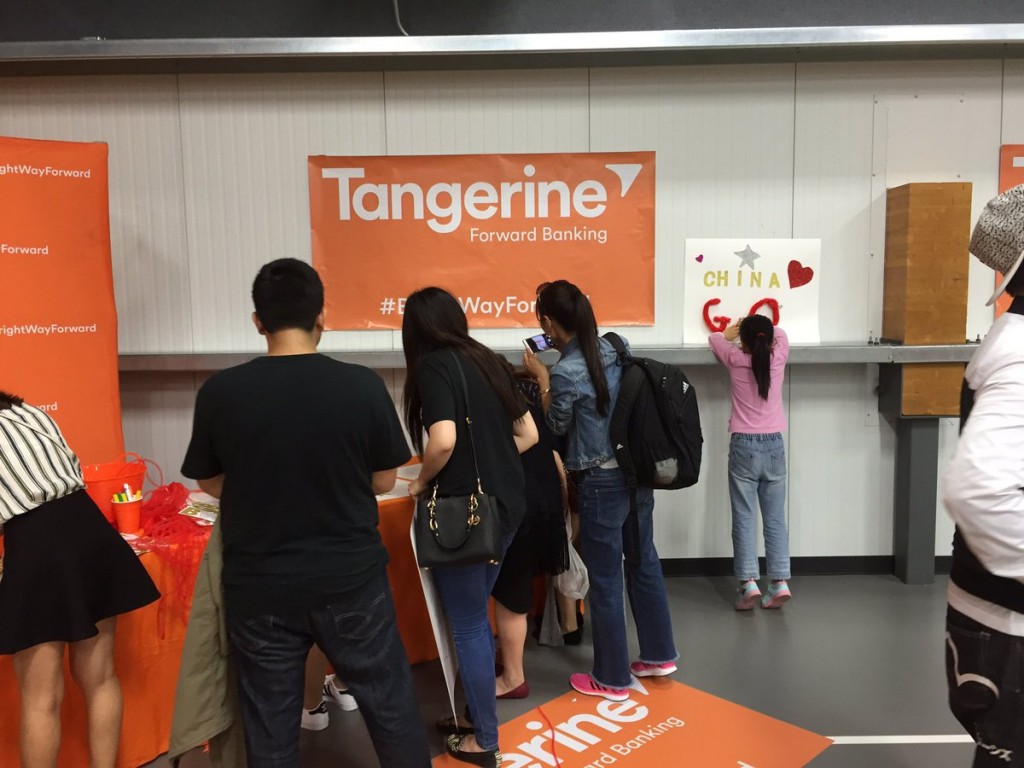 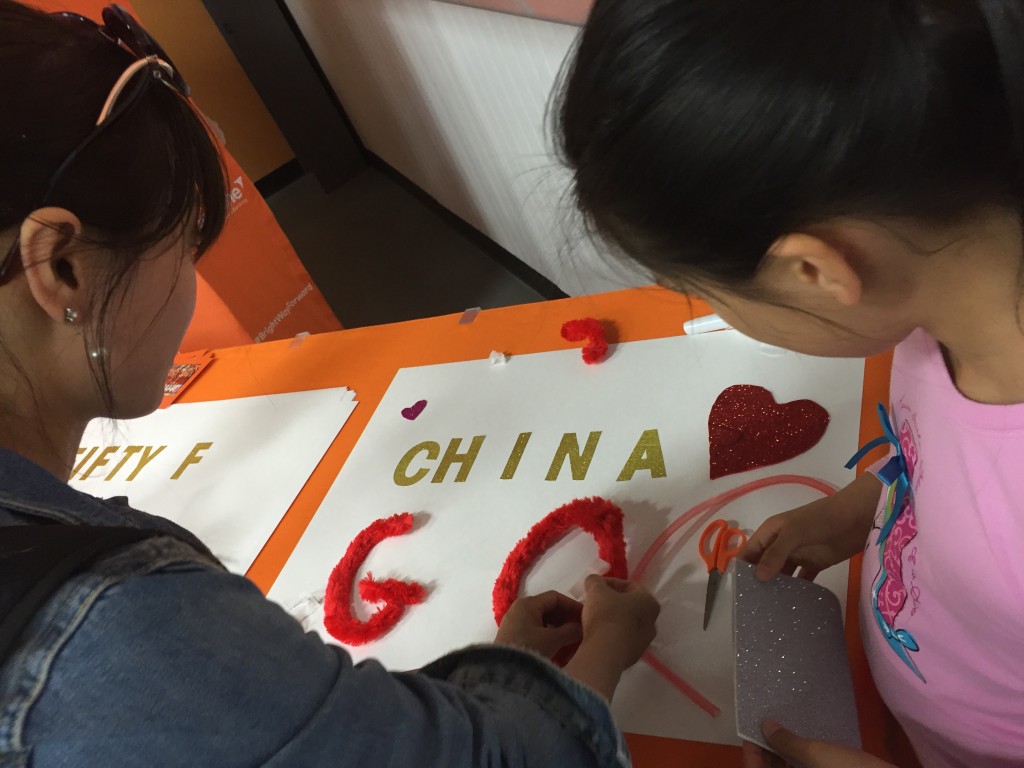 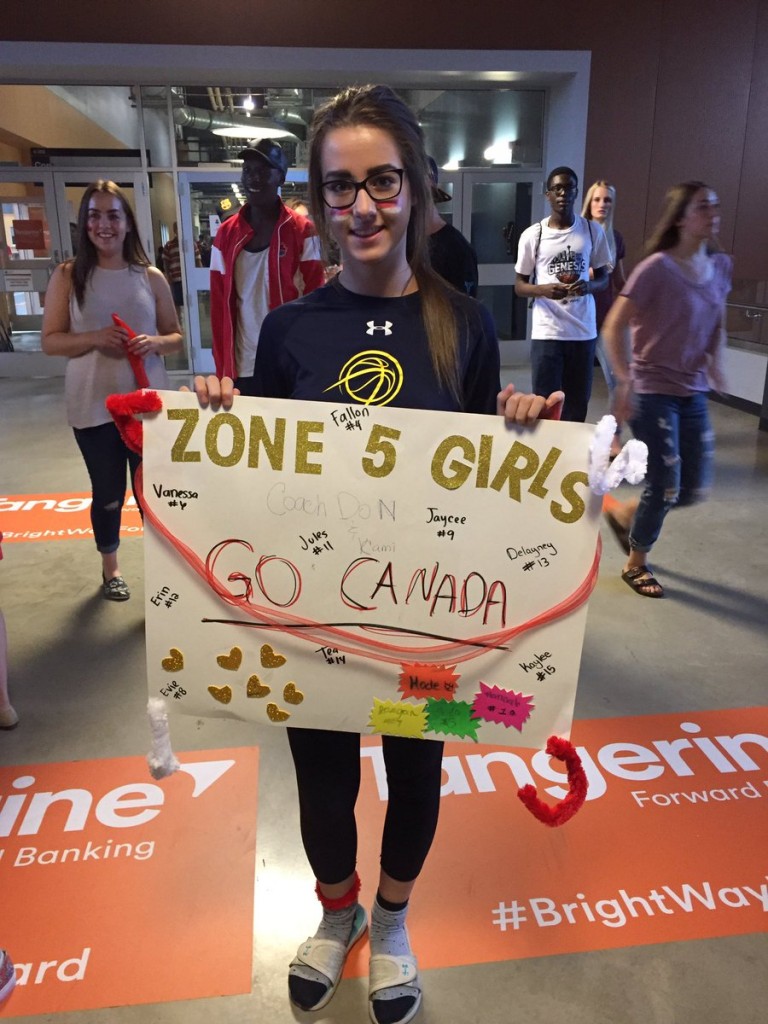 The teams are warming up before the game. 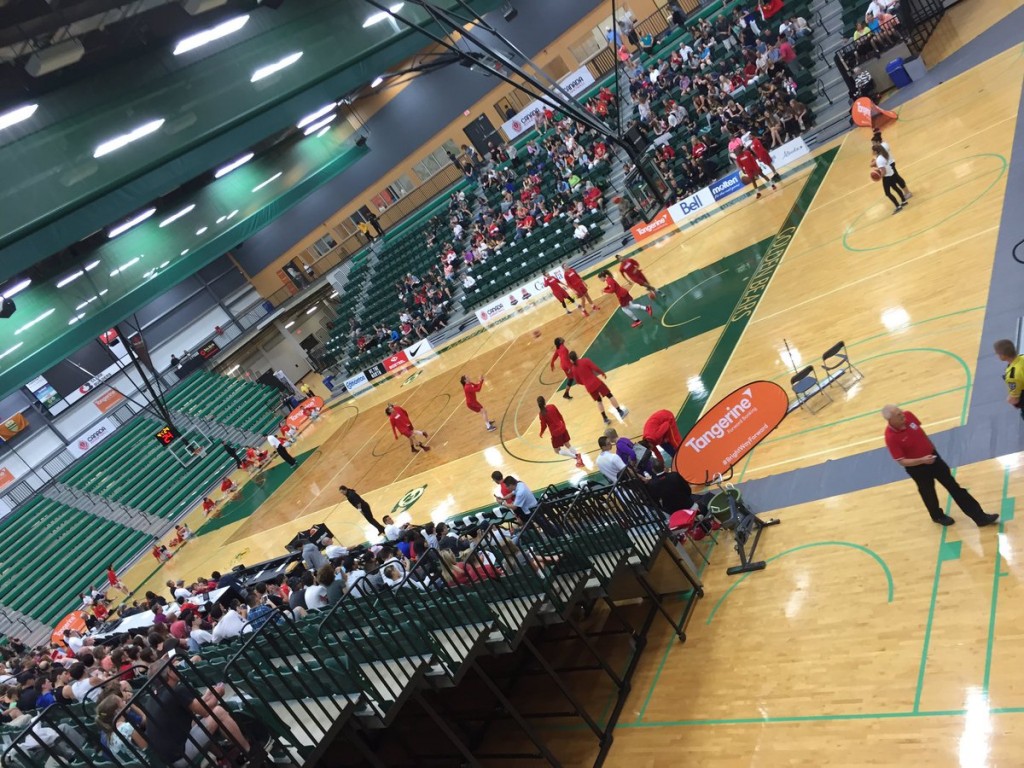 We wonder how many points the Canadian Women’s Basketball Team will score tonight! 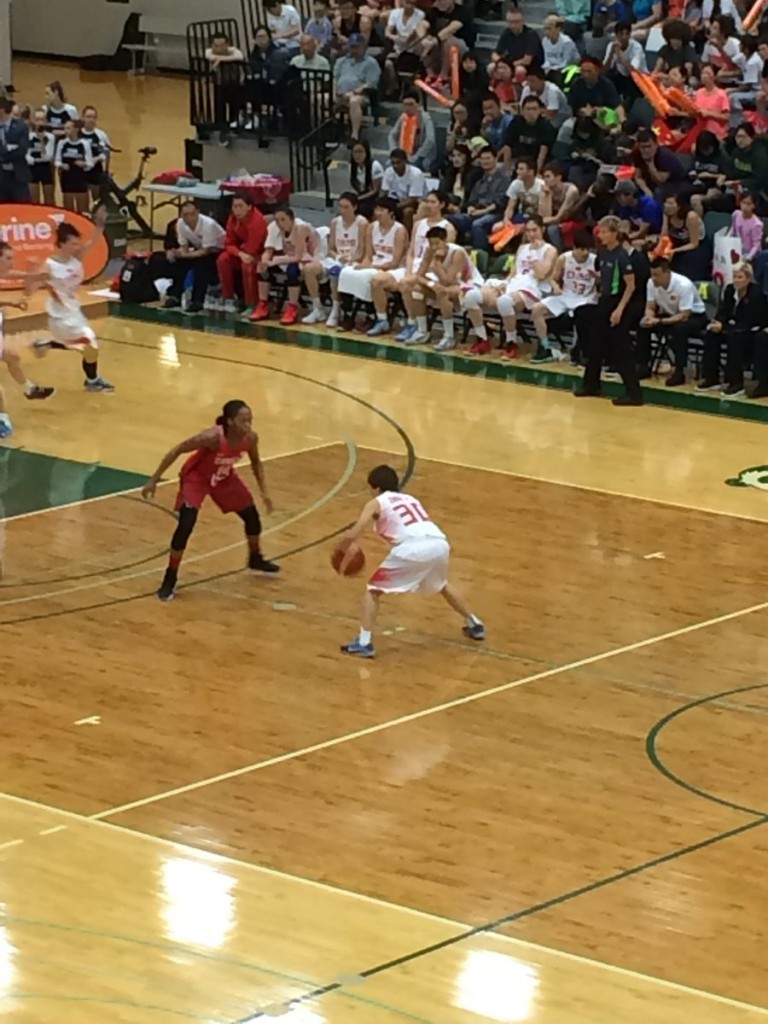 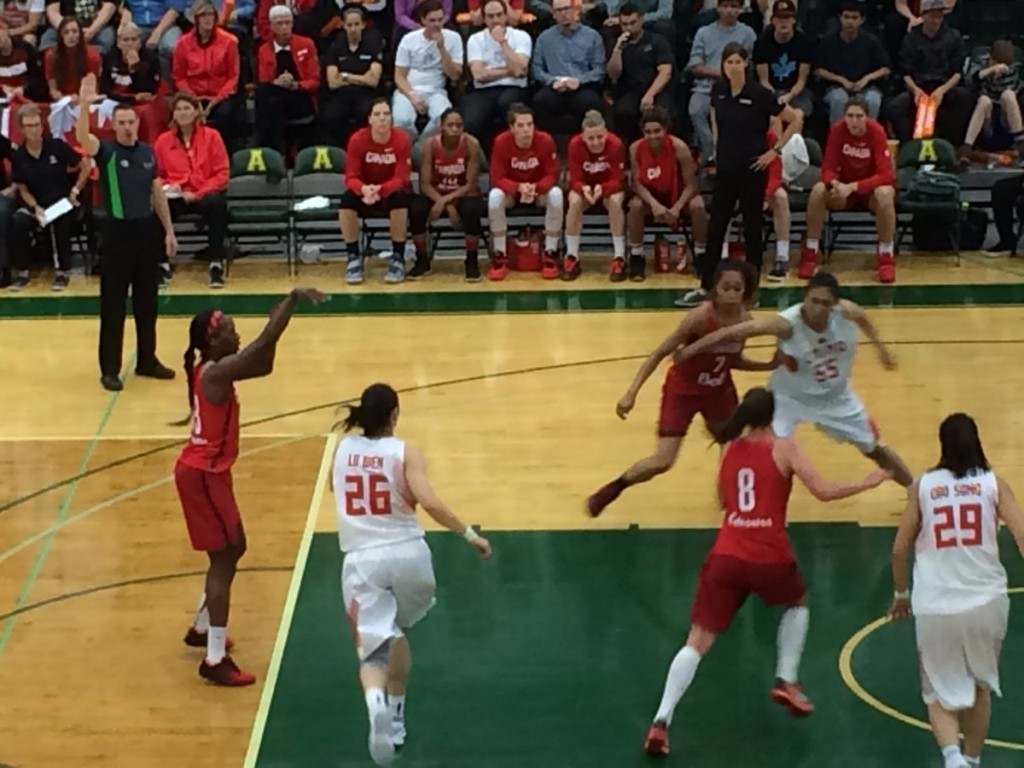 At the end of the Game, the two teams congratulate each other. 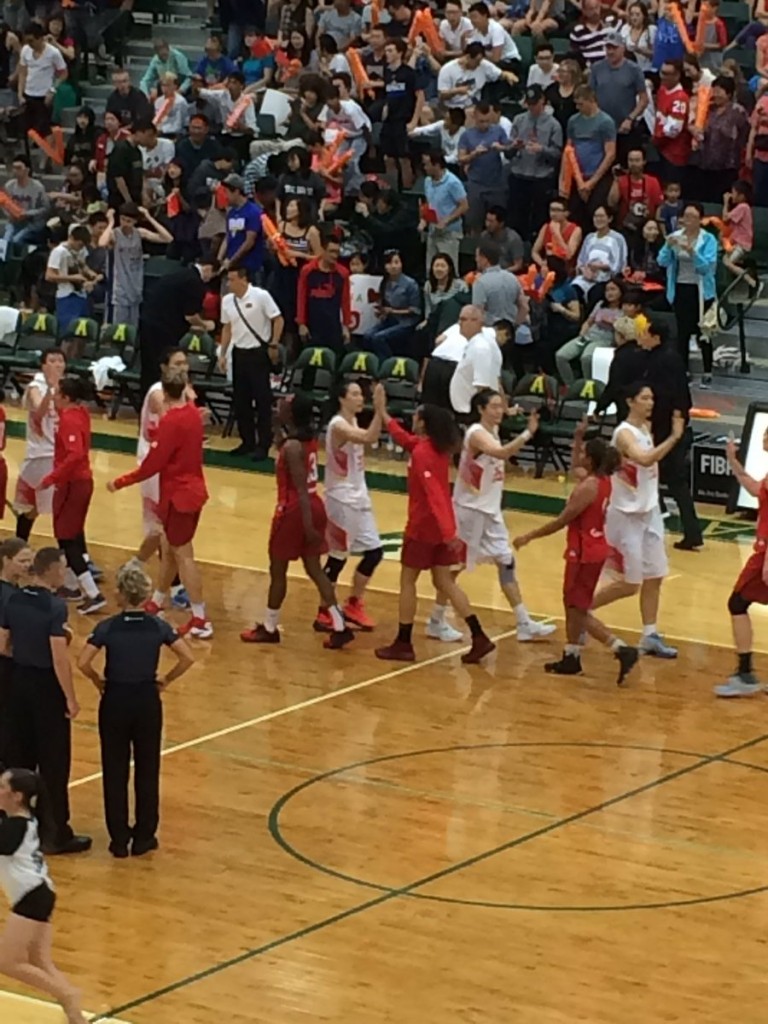 Fans on court getting autographs from their favourite players