CBC/Radio-Canada is putting the national public broadcaster at the heart of Canada’s 150th anniversary celebrations, helping inspire our nation to define itself for the next century.

“2017 will be an important milestone in the history of our country: a time for Canadians to connect and to share stories about who we are and where we are headed as a nation,” said Hubert T. Lacroix, President and CEO of CBC/Radio-Canada. “The public broadcaster will provide the public space where Canadians can share their stories, ideas and perspectives, and where they can engage with one another from coast to coast to coast.”

CBC/Radio-Canada is the largest Canadian online media destination, reaching millions of Canadians every month through our websites, suite of apps and extensive network of social channels. The public broadcaster invites Canadians to join us in creating a national collection of content that will be shared on our digital platforms and social channels throughout 2017. 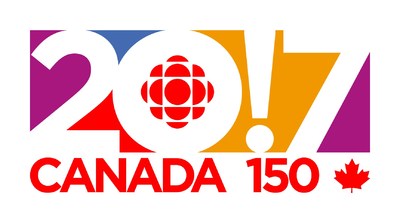 2017 PARTNERS & EVENTS
CBC/Radio-Canada is deepening its connections with Canadian communities, working with partners to develop a series of dynamic public events across the country:

PROGRAMMING HIGHLIGHTS*
CBC and Radio-Canada are each creating robust lineups of 2017-themed programming across all platforms that will provide audiences an opportunity to discover and share the diverse perspectives of Canadians across the country who shape who we are today; challenging stereotypes and creating a vision of Canada’s future together.

The offer will include programming from all content areas, including documentaries, news specials, radio programs, kids programs, entertainment and arts specials, and innovative digital and virtual reality initiatives. *(Comprehensive and complete programming information and broadcast schedules to be announced at a later date.)

Here are a couple of highlights:

About CBC/Radio-Canada
CBC/Radio-Canada is Canada’s national public broadcaster and one of its largest cultural institutions. We are Canada’s trusted source of news, information and Canadian entertainment. Deeply rooted in communities all across the country, CBC/Radio-Canada offers diverse content in English, French and eight Aboriginal languages. We also provide international news and information from a uniquely Canadian perspective.