When you start to hear about @BioSteelSports #CAMP, then you know hockey season is almost here!

2015 marked the sixth year of this elite training camp, a program that continues to be recognized as one of the world’s premier strength and conditioning camps for NHL athletes. Hosted every August in Ontario, Canada, the camp prepares many of the NHL’s brightest stars for the grueling demands of their upcoming NHL season and gives them the physical advantage required to compete at the sports highest level.

The @BioSteelSports #CAMP Draft took place on August 9, 2016 in Toronto, ON Canada. 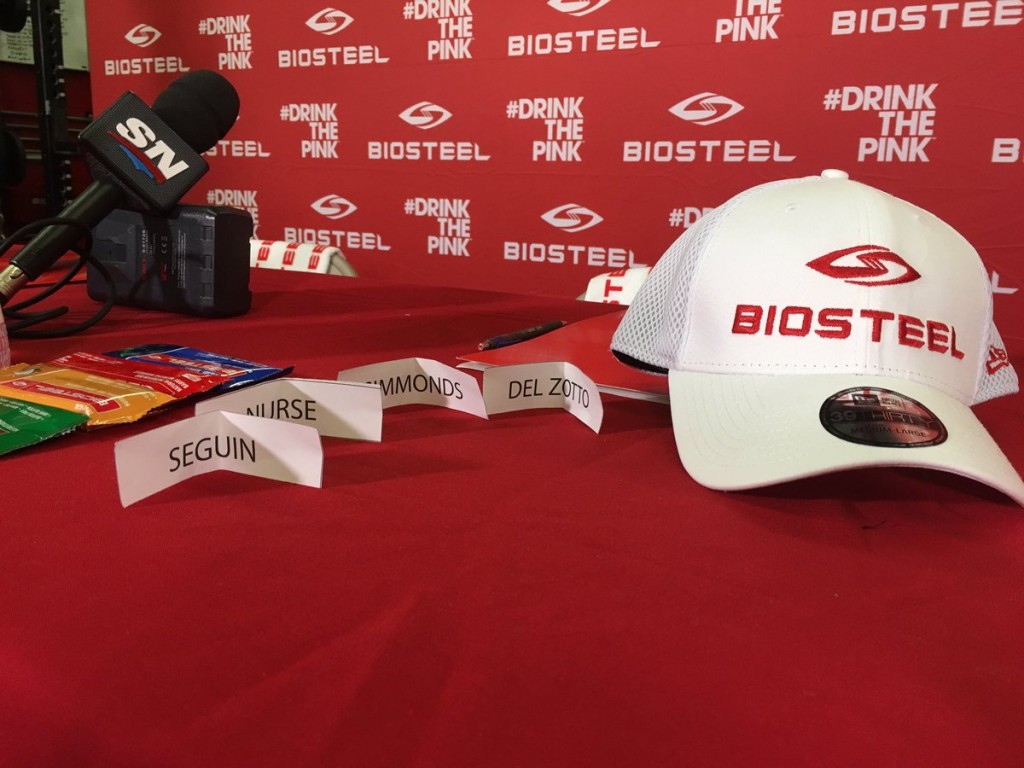 The  four Team Captains selected their teams during the @BioSteelSports #CAMP Draft. 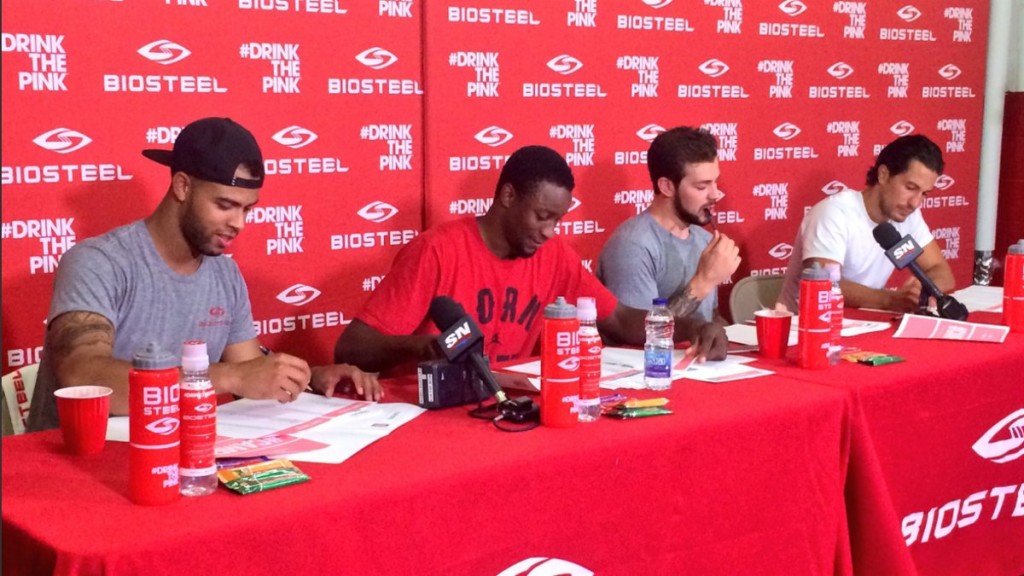 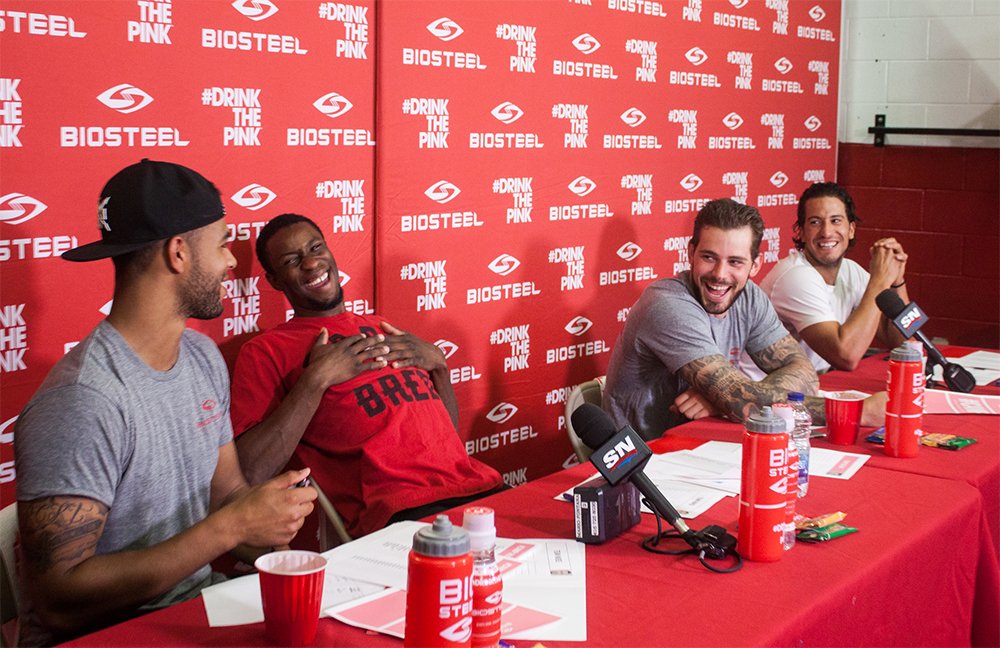 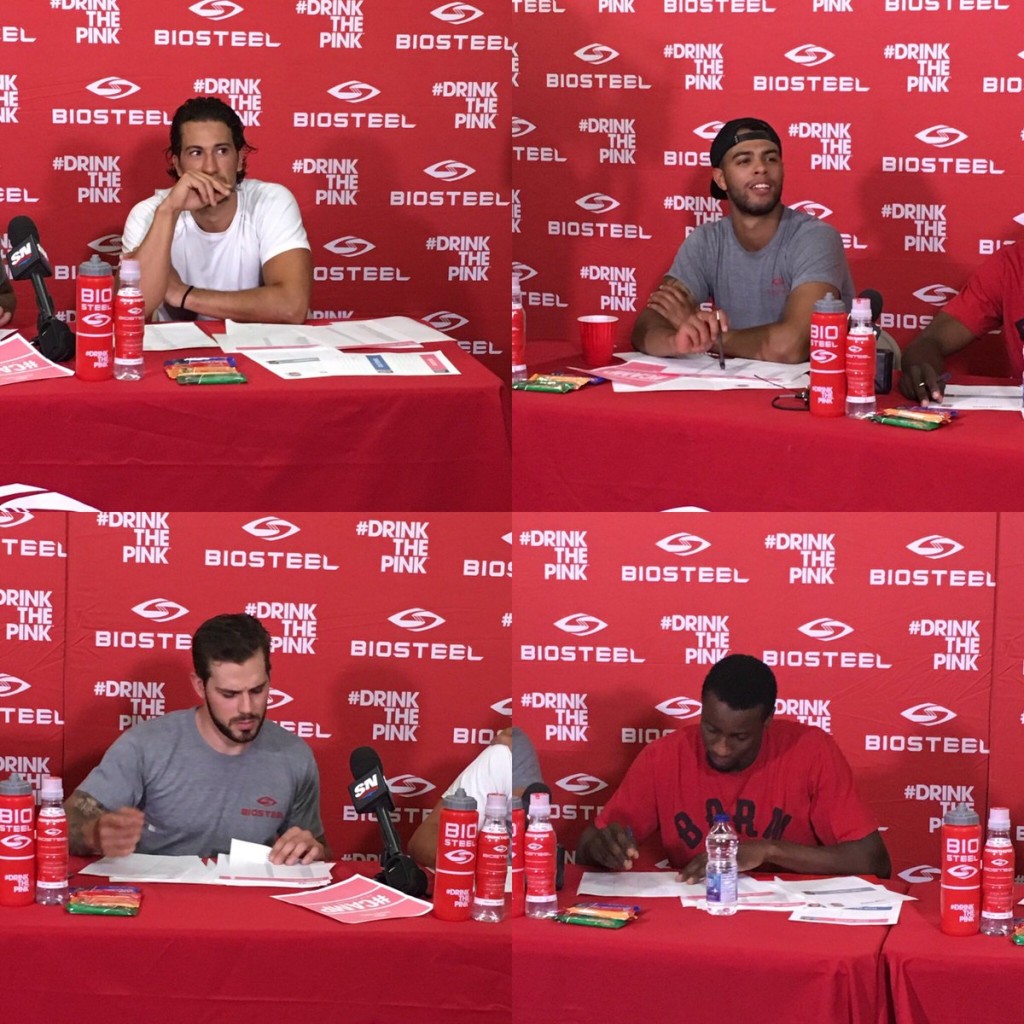 BioSteel Sports is a Canadian operated sports nutrition company and the most trusted brand for North American professional athletes. BioSteel’s line of nutritional products range from a sugar and caffeine free pre- & during exercise beverage with no artificial preservatives, colours, or flavours to a line of proteins and nutrition bars. BioSteel takes pride in providing the safest, healthiest, and most effective line of nutritional products on the market.